For my Irish fiction class this past week we read the novel Breakfast on Pluto by Patrick McCabe. The story starts with a brief history of Irish revolution and then launches straight into this voice:

“Although I’m afraid I don’t get too many clients these days! I can just imagine the reaction of my old acquaintance is they saw me now, sitting here in my silly old coat and headscarf–off out that door and down London’s Kilburn High Road with the lot of them, no doubt! Still, no point in complaining–after all, every beauty has to lose her looks sometime and if the gold-digging days of poor old darling poo poo puss are gone for ever, well then, so be it.”

Raise your hand if you’re exhausted. These two sentences alone are filled with exclamations, interjections, extra words, and weird syntax, forcing the reader to work really hard to get what’s going on. There is justification for the voice: the manuscript is supposedly the autobiography of an Irish transvestite who is a former prostitute and suspected IRA terrorist. Certainly, this character would have her/his own crazy voice, and certainly her syntax skills would not be quite up to snuff. The idea behind this voice is great.

END_OF_DOCUMENT_TOKEN_TO_BE_REPLACED

The writing program at Northwestern University values as a learning tool the imitation. We read established authors like Chekhov, Carver, and Saunders (to name a few of the very long list) and then set out to imitate them. Now, this imitation can be very liberal–some of us use them merely to get the germ of an idea for a story–but it can also be a strict imitation, such as almost exactly following the plot of a different author’s story.

When I first heard this, I was skeptical. After all, aren’t we creative enough to come up with our own stories without having to copy another writer? But there are some good things to be said for an imitation. 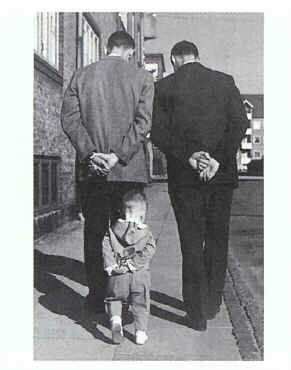 1. It teaches you how to get from point A to point B.

Despite my snobbery at the beginning of the sequence, I actually jumpstarted my own writing path with an imitation. I loved Ella Enchanted so much that I wrote my own version. Now, my version has some serious character and plot inconsistencies, but I followed the structure of Ella Enchanted to the tee–I can still remember pulling down my copy to check what happened on page 153 and to make sure I was on the same track (I obviously didn’t understand the difference between Word Doc page counts and published book page counts). By following this so strictly, I learned how to move a story forward. And it’s paid off; several of my writing professors have told me one of my strengths is story structure.

2. It gives you characters and basic problems to start with.

Strictly imitating a story is almost like a ready-made story: you know you have certain characters with certain problems, and that you have to solve those problems. The wrench that gets thrown into this convenience store writing is then not allowing your characters to separate from their origins. For example, when I rewrote Ella Enchanted, my Ella was not cursed with obedience, so she did not have to do anything commanded of her. But I didn’t think to really explain why she then obeys her stepmother and doesn’t simply run away instead of becoming a servant in her own home because in Ella Enchanted, Ella is cursed so she has to do what people say and there is no explanation necessary. I relied too heavily on the story I was imitating and did not let mine grow and breathe organically.

3. It shows you how to get out of sticky situations.

The first story I wrote for the writing major this year was originally an imitation of a Lorrie Moore story, “Four Calling Birds, Three French Hens.” Her story is about a woman dealing with grief, and what I admire about it is how it moves through the emotions without feeling heavy or cliche, and also how it ends with a sense of hope. There’s a moment in it when she’s talking to her therapist and he almost falls asleep, and so I started my story with a character dealing with feelings of depression whose therapist falls asleep on him.

But very quickly, my story fell into the track of most stories about depression: it was about a character in a dark place, and what could I possibly do about it? I looked to Moore and used some of her self-deprecating humor and situational irony. Still, I didn’t know how to end the story. How could I possibly get the character to confront his problem and to confront the people around him with his problem without being cliche?

I actually turned to Flannery O’Connor to avoid the cliche: I inserted a crazy plot twist that forces everyone into action. But further, I returned to Moore to see how, tonally, to end the story. Instead of ending on the same ironically depressing note (as O’Connor often does), I put in a line or two of hope. And that was when the story really clicked for me.

(I’d love to share the story here, but I’m hoping to submit it to some literary magazines, and some of them frown upon publishing online first.)

So, in the end, imitations serve as guides through the murky world of writing. As long as you remember to make it your own story in the end, you can write a truly worthwhile story through imitation.